Lies My Teacher Told Me: A Workshop for Educators

Take a deeper dive in this educator’s workshop with Dr. James Loewen. Do you want to learn how to direct your students to discover Native American history in your community? Are you interested in organizing primary source documents to help your students understand the contributions enslaved people made in your colonial community? Do you want to have students explore the legacies of slavery and broaden their understanding of the systemic racism incorporated in Connecticut’s Redlining and Sundown Town policies? Sign up today and share this with colleagues so that you can put aside the textbook and turn your students into historians.

In the wake of the “double pandemic” our nation is facing (i.e., the COVID pandemic and racial inequities,) many teachers are adjusting their social and emotional learning approach, putting social justice front and center. Both in terms of content, as well as in how we ask students to engage with the material, many teachers are asking ourselves: what shifts (both small and significant) can we make to better address issues related to inequality? How can we center the voices of BIPOC (Black, Indigenous, and People of Color) individuals as we address these issues?

Advocating for social justice since he began his teaching career at the predominantly Black Tougaloo College in Mississippi after graduating from Harvard in 1968, Dr. James W. Loewen has spent his entire career helping educators ditch the US History textbooks, which often include false narratives and misrepresentations of BIPOC individuals. Author of Lies My History Teacher Told Me, Dr. Loewen also sincerely enjoys guiding teachers on how they can expose their students to the myths and biases of “white” history, as well as find ways to get students excited to engage in local history. 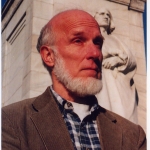 James Loewen taught race relations for twenty years at the University of Vermont. Previously he taught at predominantly black Tougaloo College in Mississippi. He now lives in Washington, D.C., continuing his research on how Americans remember their past. Lies Across America: What Our Historic Sites Get Wrong came out in 1999. The Gustavus Myers Foundation named his book, Sundown Towns, a “Distinguished Book of 2005.” In 2010, Teachers College Press brought out Teaching What Really Happened, intended to give K-12 teachers (and prospective teachers) solutions to the problems pointed out in Loewen’s earlier works.

As the Sesquicentennial of the Civil War approached, Loewen asked thousands of K-12 teachers in workshops and audiences about its cause(s).  Depressed at their replies, he recruited a co-editor and published The Confederate and Neo-Confederate Reader (University Press of Mississippi, 2010), which sets the record straight in Confederates’ own words.

His other books include Mississippi: Conflict and Change (co authored), which won the Lillian Smith Award for Best Southern Nonfiction but was rejected for public school text use by the State of Mississippi, leading to the path breaking First Amendment lawsuit, Loewen et al. v. Turnipseed, et al. He also wrote The Mississippi Chinese: Between Black and White, Social Science in the Courtroom, and Lies My Teacher Told Me About Christopher Columbus.

He has been an expert witness in more than 50 civil rights, voting rights, and employment cases. His awards include the First Annual Spivack Award of the American Sociological Association for “sociological research applied to the field of intergroup relations,” the American Book Award (for Lies My Teacher Told Me), and the Oliver Cromwell Cox Award for Distinguished Anti-Racist Scholarship. He is also Distinguished Lecturer for the Organization of American Historians and Visiting Professor of Sociology at Catholic University in Washington, DC. In 2012 the American Sociological Association gave Loewen its Cox-Johnson-Frazier Award, for “scholarship in service to social justice.”  He is the first white person ever to win this award.  Also in 2012, the National Council for the Social Studies gave Loewen its “Spirit of America” Award, previously won by, inter alia, Jimmy Carter, Rosa Parks, and Mr. Rogers.